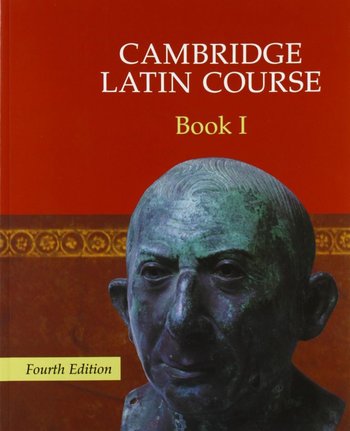 A series of Latin textbooks published by Cambridge University Press and designed for use in secondary schools. Due to the scarcity of Latin textbooks (driven by the fact that most schools don't teach Latin) it basically became the only one used in the UK for the past forty years, causing most former classics students to remember it. It even got a shout-out in Doctor Who.
Advertisement:

Someone decided the best way to teach Latin was to write a set of stories in the language most of which link in an arc... sort of. This forms the main part of the course.

Not to be confused with Ecce Romani, the equivalent Latin textbook sometimes used in the US, published by Prentice Hall

These textbooks provide examples of: