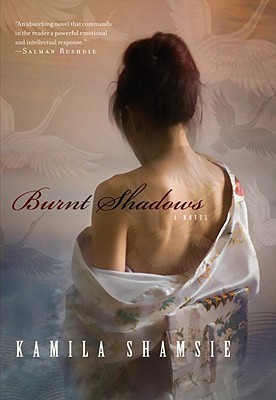 Burnt Shadows is a novel by an award-winning Pakistani author Kamilla Shamsie.

The novel begins in Nagasaki, August 9, 1945, just hours before the atomic bomb gets dropped, incinerating Hiroko Tanaka's fiancee, Konrad Weiss, and killing her father. Hiroko herself is left permanently scarred, and two years after the bomb, she journeys to Delhi, the home of Konrad’s half-sister, Elizabeth Burton, and her British husband, James. There Hiroko falls in love with James’ assistant, Sajjad.

The novel continues on, covering the partition of India and Pakistan, the war in Afghanistan where the mujaheddin are being supported by the CIA, and, finally, to the aftermath of 9/11.