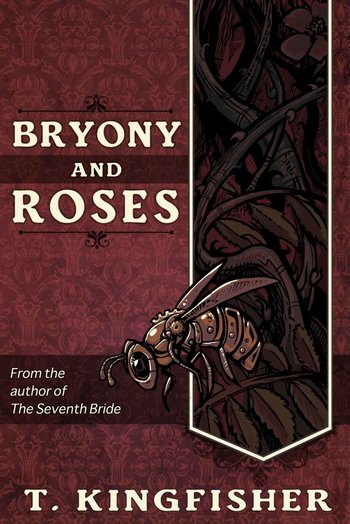 A retelling of Beauty and the Beast by T. Kingfisher (aka Ursula Vernon).

Bryony, along with her sisters, struggles to make a living in a small village far from the city they used to call home. Their father is dead, killed in an effort to regain his fortune.

Bryony is caught in a snowstorm, and stumbles into an abandoned manor seeking shelter. She soon finds that the place is full of dark enchantments. Is the Beast that lives there her captor or another prisoner? Is the house attempting to aid her, or is it an enemy? And what's with the courtyard full of roses blooming in midwinter? An avid gardner, Bryony only has her wits and gardening shears. She'll need both to unravel the house's secrets before they swallow her — or the Beast — down.