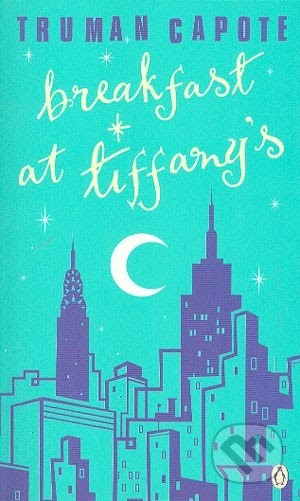 Breakfast at Tiffany's is a 1958 novella by Truman Capote.

Set in Manhattan in 1943-44, and centering around a nameless writer's friendship with a bicurious, borderline Hooker with a Heart of Gold named Holly Golightly, the story is a touching meditation on the varying nature of love, and how people of disparate backgrounds can form unconventional family groups.

The novella was loosely adapted into a 1961 film starring Audrey Hepburn.