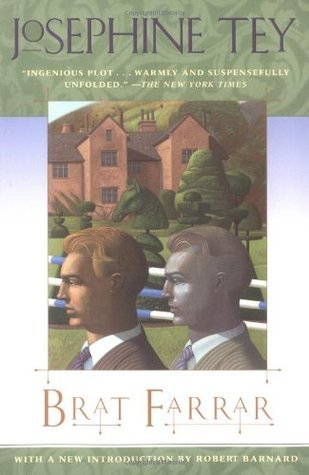 Brat Farrar is a mystery novel by Josephine Tey, written in 1949.

Brat Farrar is an orphan who has been persuaded to pretend to be Patrick Ashby, the missing heir to the Ashby family, who was presumed to have committed suicide years before. While living with the Ashbys — Patrick's siblings Simon, Eleanor, Jane, and Ruth, and their Aunt Bee — Brat develops suspicions regarding Patrick's disappearance, and begins trying to solve the mystery of what happened to him.

In 1986 the novel was adapted by The BBC as a TV miniseries, which was shown under the Mystery! banner in the US; Mark Greenstreet played both Simon and Brat. It was also the inspiration for the 1963 Hammer Horror film Paranoiac.

The 1986 TV adaptation provides examples of: