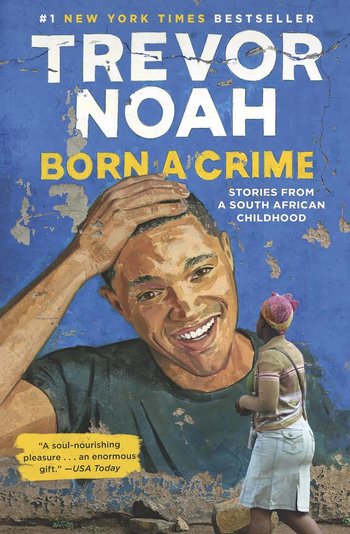 Born a Crime is the first book and autobiography of Trevor Noah, a South African comedian and host of The Daily Show with Trevor Noah. As the title implies, he deals with his childhood and youth during and after The Apartheid Era growing up in South Africa as the child of a black Xhosa mother and white Swiss-German father - a relationship that was illegal under South African law at the time of his birth.

The book includes examples of the following tropes: