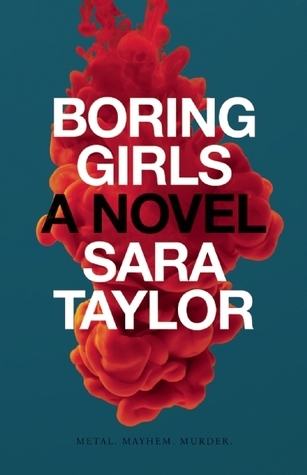 Metal. Mayhem. Murder.
Boring Girls is a 2015 horror novel by Sara Taylor, better known as Chibi as the vocalist for The Birthday Massacre.
Advertisement:

Teenage Rachel hears gothic metal band DED out of a passer-by’s car on the way home from high school and it changes her life. Metal music gives her an outlet and leads her to meet Fern, with whom she forms an unshakeable bond— and a band. The world of metal isn't the escape she'd hoped, though, and when she discovers it can be as cruel and misogynistic as the world she left she and Fern take matters into their own hands.

Tropes contained in this book include: