Literature / Book of the Dead 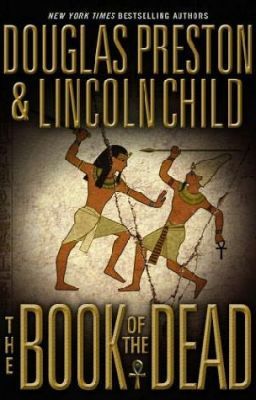 Book of the Dead is a novel by Douglas Preston and Lincoln Child first published in 2006. It is part of their informal Agent Pendergast series and the third and final novel in the Diogenes trilogy arc.
Advertisement:

Pendergast is locked in a high security prison, awaiting trial for the crimes his brother has committed. D'Agosta's career as an NYPD officer is all but over after his assistance to Pendergast. Margo still fights for her life in intensive care after narrowly escaping Diogenes. Life must go on though, and Nora Kelley is put in charge of putting together a high profile exhibit for the museum, reopening The Tomb of Senef — a complete Egyptian tomb that was transported to the museum brick by brick — at the behest of a donor who suddenly gives the museum ten million dollars for this sole purpose. As she and her colleagues work to restore the tomb on schedule, strange rumors of the tomb's curse and bloody past start to circulate, and terrible things begin to happen to the people working the restoration.

All the while, D'Agosta gathers Pendergast's friends to enact a daring rescue from an impenetrable prison.