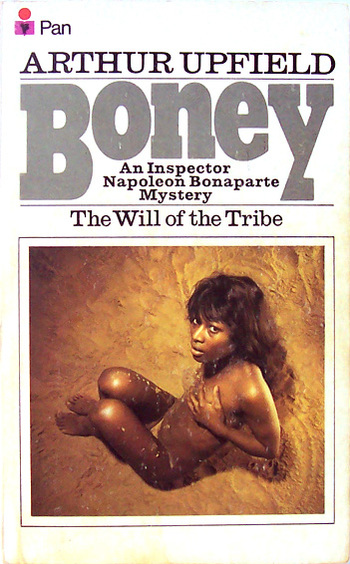 Bony — properly speaking, Detective Inspector Napoleon Bonaparte — is the protagonist of a long-running Australian series of detective novels by Arthur Upfield. The first novel of the series, The Barakee Mystery, was published in 1929, and sequels continued to appear until the author's death in the 1960s.

A university-educated police officer, Bony is half-Aboriginal but was orphaned at a very early age and raised in the white man's society. He got his name at the orphanage after being found teething on a volume of JSC Abbott's History of Napoléon Bonaparte. He is also familiar with Aboriginal culture, which often proves useful, and frequently works undercover, using his "half-caste" heritage to disguise his level of education.

The novels were adapted for radio early on, and for television in the 1970s under the title Boney. In the 1990s, there was a TV series called Bony starring Cameron Daddo as Detective David Bonaparte, supposedly a descendant of the novels' Bony.

Tony Hillerman was influenced by this series.