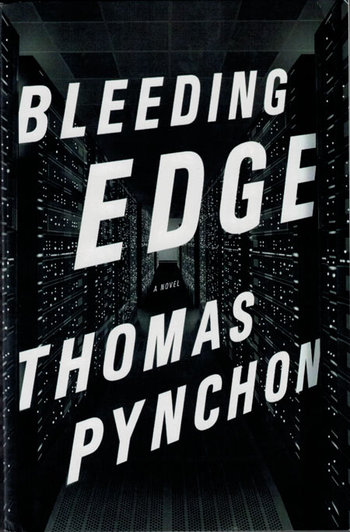 A 2013 novel by Thomas Pynchon, it is the story of Maxine Tarnow, a private fraud investigator found herself embroiled in a web of conspiracies and plots that tied-in with the collapse of dotcom boom and the tragedy of 9/11.

Like Pynchon’s other work, it gets complicated from there.

The setting returns back to New York, which was last explored in V.

Tropes found in this novel: