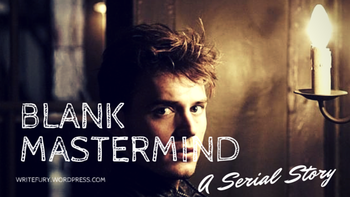 One name emerged. I was Wolfgang Dankworth. The man with the worst luck in the world and about enough memories to fill a teacup.

Blank Mastermind is a speculative web serial published from June 2016 through January 2017 on http://writefury.wordpress.com

Concept of it being if the villain was the one who woke up with amnesia. The villain has to try and fool his gang that he hasn't actually lost his memories, stop his evil plans and try and save his arch-nemesis.

Originally intended as nothing more than a short story and continued by popular demand. There are 30 parts in all.