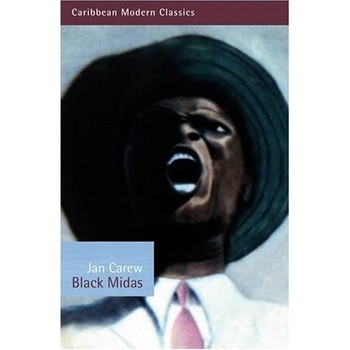 Aron "Shark" Smart, orphaned at a young age, has worked with a number of road gangs, helping to construct roadways, for most of his childhood. One day, while out on the job, he happens to meet his gang's overseer, a white man named Beauchamp, who has a connection to his Disappeared Dad, the legendary "Gold King" Joe Smart. On being told that Aron is Joe Smart's son, Beauchamp proceeds to finance the boy's education, allowing Aron to get a pharmaceutical apprenticeship.

Not satisfied with this, however, Aron makes his way to the diamond mines where his father once worked, and from there he becomes a "pork-knocker" (the local term for gold and diamond prospectors). As he does this, he soon learns that the life of a pork-knocker is not an easy one, and that if not careful a man can lose an entire fortune as quickly as he gains it. Through a series of events from his time in the diamond mines to when he strives to be a big name in the city, Aron is forced to come face-to-face with his own inner conflicts and how his choices have impacted himself and those with whom he has interacted.