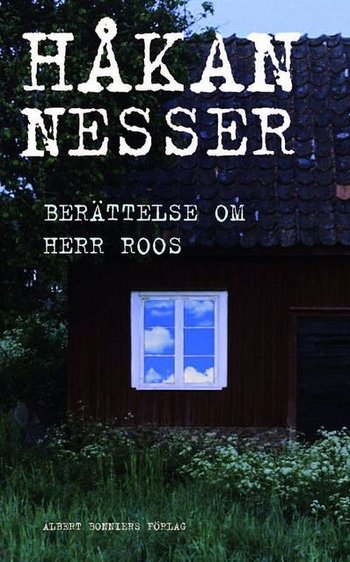 Berättelse om herr Roos ("The story about Mr Roos") is a crime novel written by Håkan Nesser in 2008 and the third book in The Barbarotti Series.

Valdemar Roos, almost 60 years old, seems like a boring person. He is unhappily married to Alice and works for 20 years for the same company and awaits nothing more eagerly than a change in his boring life. One day, he wins almost 2 million SEK playing pools, but instead of telling somebody about it, he quits his hated job and buys "Lograna", a cabin deep in the woods, and starts a second life, pretending to his family that he goes to his job every morning. He spends his days simply enjoying life and taking walks. Meanwhile, a young woman called Anna runs away from a drug withdrawal home after being mistreated, and runs into Valdemar and his cabin while looking for a shelter. At first, Anna is timid and avoids meeting Valdemar personally, but after some time the two get to know each other better and become friends. Soon after though, Anna's brutal ex-boyfriend Steffo manages to track Anna and attacks her, whereby Steffo gets killed by either Anna or Valdemar. From now on, Inspector Gunnar Barbarotti has to investigate this crime.