Literature / Beetle in the Anthill 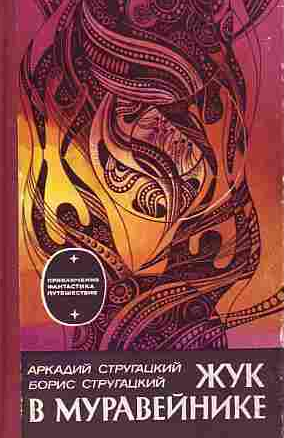 Beetle in the Anthill (Russian: "Жук в муравейнике") is the ninth and penultimate novel by the Strugatsky Brothers to be set in the Noon Universe.
Advertisement:

More or less a direct sequel to Inhabited Island. Maxim, now older and more cynical, is assigned to track down a progressor named Leo Abalkin who may be an instrument of the Wanderers' plot. While his boss views the progressor as a threat, our hero becomes increasingly ambivalent.