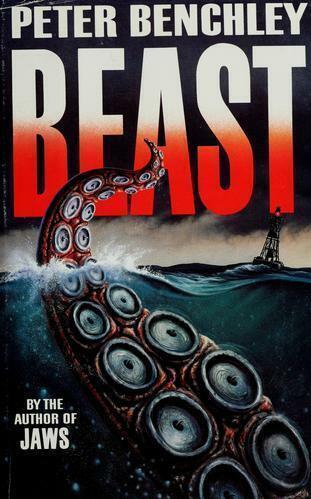 A 1991 novel by Peter Benchley (author of Jaws), Beast deals with a series of attacks on Bermudan shipping and swimmers by a hungry (and aggressive) giant squid. It was adapted into a film in 1996 under the slightly changed name of The Beast.

In both versions, the main character is Whip Darling, a longtime Bermuda fisherman. Despite his occupation, Whip deeply loves the ocean and the creatures in it, and has no respect for those who refuse to fish sustainably. He is also a realist, and makes every effort to steer clear of the would-be squid hunters, correctly predicting that such an expedition can only end in failure. Eventually however, Whip's need for money causes him to be drawn into the expedition, alongside longtime friend Marcus, Canadian scientist Dr. Herbert Talley, and Corrupt Corporate Executive Osborn Manning, leading to a final, climactic confrontation with the monster.

Tropes appearing in this novel include: