Literature / Be My Enemy 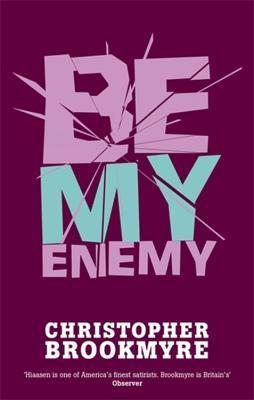 Published in 2005, Be My Enemy is the fourth book featuring Brookmyre's recurring character journalist Jack Parlabane.

Parlabane gets an invitation to a fun-filled weekend at an old, remote Scottish castle turned hotel, where a newly formed event firm is launching its first-ever team-building programme. Dreading what kind of company he'll be in at such an event, Parlabane brings his old friend Tim Vale as his photographer, so that he will at least have one ally when the buzz words, the trust exercises and the general silliness commence.

The other guests turn out to be a mixed bunch, making for a rather unpleasant mood when the conversation turns to politics on the first evening, but other than that things go relatively well. Until they stop going well, that is. Shots are fired at the group during a field exercise. Phones and cars are tampered with, cutting off contact with civilization. People disappear. Headless corpses show up. And so do sword-wielding nutters. They're under siege, and they don't know why.

Neither do the short-staffed hotel's stressed-out employees or its increasingly desperate owner, who have all been struggling to keep things afloat with seeming ease. Pretenses are dropped and forces joined as physical, not financial, survival becomes the main objective of the weekend.