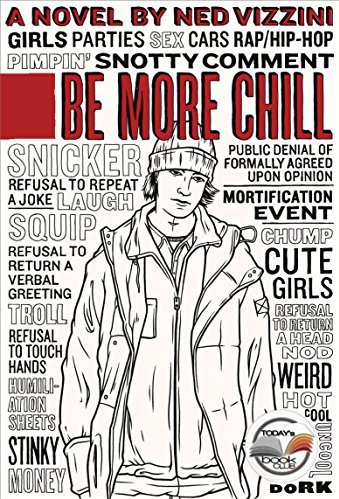 Be More Chill is a novel by Ned Vizzini that was published in 2004. It later received a musical theatre adaptation in 2015.

The book, set in around 2015, follows your average high school dork Jeremy Heere. Jeremy wants to be more popular and well-liked, and his prayers are answered when he gets his very own SQUIP- a supercomputer in the form of a pill that enters one's brain and tells them how to "be more chill". Along the way, he struggles with sexual endeavors, strained friendships, and his crush on a classmate.

Be More Chill contains examples of: