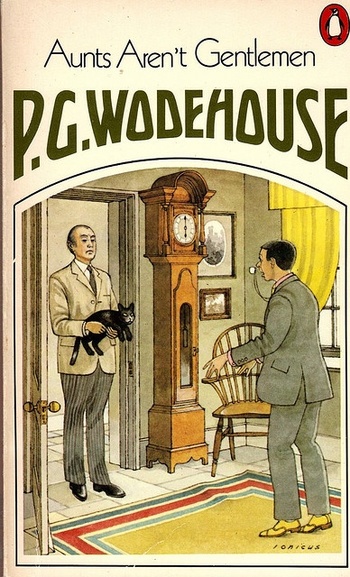 It is a Jeeves and Wooster story. Bertie Wooster goes to a doctor who says Bertie is leading an unhealthy lifestyle—the lifestyle of a rich London gentleman, that is, with the drinking and smoking and indolence. His doctor recommends Bertie retire to the countryside. He does so, and retires to the village of Maiden Eggesford and the estate of his Aunt Dahlia's friend Col. James Briscoe, where he's given a cottage.

Meanwhile, Bertie runs across his old school acquaintance Orlo Porter. Orlo is a trust-fund heir who also happens to be a young Communist. He is in love with Vanessa Cook, an old casual girlfriend of Bertie's. Orlo and Vanessa want to get married but they can't, because Vanessa's father is also the guardian of Orlo's trust fund, and won't release it because of Orlo's left-wing politics.

It so happens that Mr. Cook, Vanessa's father, is neighbor to and rival of Bertie's host Col. Briscoe. They're both owners of racehorses which are set to go against each other in the local race. Aunt Dahlia, who has bet a lot of money on Briscoe's horse, orders Bertie to unsettle Mr. Cook's horse, Potato Chip, by stealing Potato Chip's best friend—a cat.

The last Jeeves and Wooster novel, and P.G. Wodehouse's last completed novel, published four months before his 1975 death at the age of 93.note And 72 years after the publication of Wodehouse's first novel, The Pothunters. (Wodehouse left a Blandings Castle novel, Sunset at Blandings, unfinished.)