Literature / At Play in the Fields of the Lord 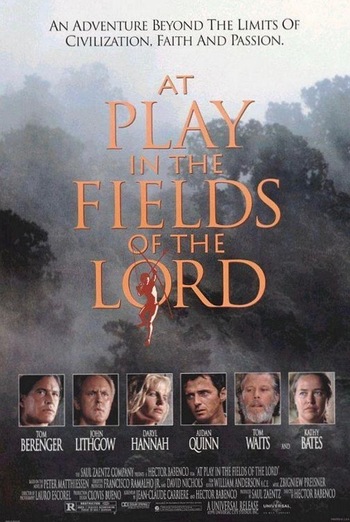 At Play in the Fields of the Lord is a 1965 novel by Peter Matthiessen. In 1991, Brazilian director Hector Babenco filmed an adaptation with a cast including Tom Berenger, John Lithgow, Daryl Hannah, Kathy Bates, Aidan Quinn, and Tom Waits.

Alternative Title(s): At Play In The Fields Of The Lord