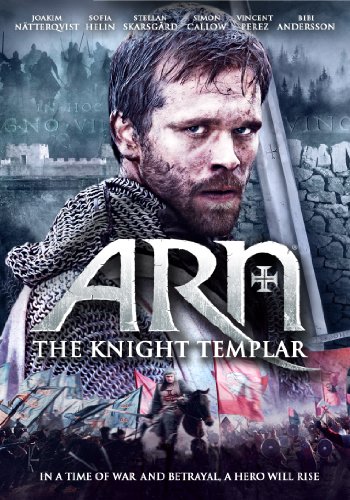 "I gave my word."
— Arn
Advertisement:

Arn: The Knight Templar is a series of books by Swedish author Jan Guillou, also known as The Crusades Trilogy, and a film (or two, in Scandinavia; it was condensed to one international release) telling the story of a young man who finds himself as one of The Knights Templar as penance after falling in love with and bedding Cecilia, and conceiving a child out of wedlock. From his beginnings as a child monk being trained in the sword to befriending Saladin, we get a snapshot of his entire life. While much of the film takes place during The Crusades, it also takes much time out to elaborate on Arn's past and Cecilia's current penance as well as the sociopolitical climate in the kingdom that one day will be Sweden.

The book series consists of the following:

There was also a sequel, The Heritage After Arn, about a fictionalized version of real historical person Birger Jarl, which has not yet been translated.

The books were a huge success with Swedish audiences, spawning walking tours of historical sites as well as television documentaries and a renewed interest in medieval history.

The film also contains examples of: