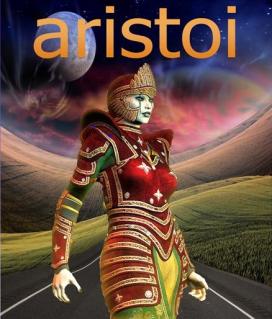 Thousands of years ago, a Grey Goo event destroyed Earth1, leaving a shattered and frightened human race in its wake. From the ashes of this disaster came Captain Yuan, a legendary technical, artistic, and political genius, who pioneered startling new innovations in all avenues of human existence. These included the Hyperlogos, a vast repository for all accumulated human knowledge that is instantly and freely available to all individuals; the oneirochronon, a Metaverse virtually indistinguishable from reality; and the daimones, tame Split Personalities that allow an individual to multitask in ways previously thought impossible, opening up new vistas in the potential for human achievement. Under Captain Yuan's guidance, humanity formed the Logarchy, a new galactic polity built on the principle of meritocracy: given technology's great and terrible potential, only the best among humankind (as defined by a rigorous and scrupulously fair series of tests) would be allowed to wield it. These men and women became the Aristoi, the new absolute rulers of all civilization, and under their guidance the Logarchy has experienced millennia of peace and prosperity unparalleled in human history.

Gabriel is an Aristos, not one of the eldest or the most influential, but among the greatest artistic minds of his generation. His domaine, unlike many of his fellows', is a democracy which he takes little role in governing, and he is perfectly content with his society and his existence. That contentment is shaken, however, when Cressida, an elder Ariste, warns him of a conspiracy to subvert the Hyperlogos, whose absolute integrity has been the linchpin of the Logarchy's peace for generations. When Cressida is subsequently slain in a convenient nanotech "accident," Gabriel realizes that the unthinkable has happened: the Logarchy is under threat, and the conspirators are somewhere among the Aristoi themselves...