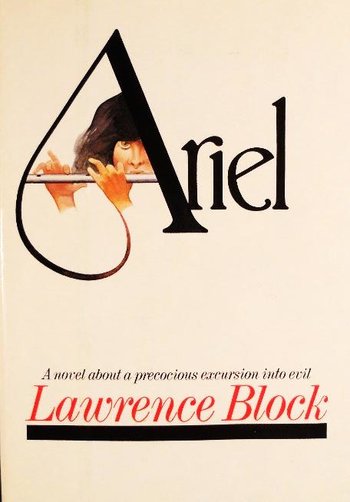 I am Ariel, the Adopted.

Written by hardboiled detective author Lawrence Block and marketed as a horror novel, Ariel is a very subtle story about the scapegoating of a "different" child, communication failure and the destruction of a family, with supernatural elements crawling in at the windows.

Ariel Jardell is thirteen years old and a bit too perceptive for her own good. Now that her mom Roberta has had a child of her own, she's ready to dispose of Ariel, and Ariel knows it. Her father David is well aware the little boy, Caleb, is not his and that Roberta has been seeing an old boyfriend, lawyer Jeff Channing. One night, Roberta has a strange dream, and wakes to find that Caleb has suddenly died. And Ariel takes one look at her and says Is Caleb dead?....