Literature / Are You Terrified Yet? 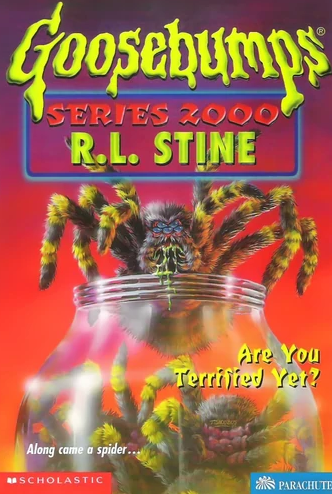 The Goosebumps Series 2000 book where a kid has to overcome his fears.

Craig Morgenstern is a scaredy cat. So much so that he is mocked for it, and has earned the nicknamed "C-C-C-Craig", due to his stutter. But now he's moved to a new town and he's ready to start all over and get over his old fears. Right away, he manages to save a woman's baby by total accident. This impresses a girl named Amy who he takes a liking to, but her friends Travis and Brad aren't impressed. They don't buy that he's brave, they think he's just lucky. They're right but Craig wants to ride this wave, hoping it will improve his reputation. This starts a series of challenges and little does Craig know that his attempts to look brave will lead him into a coffin.