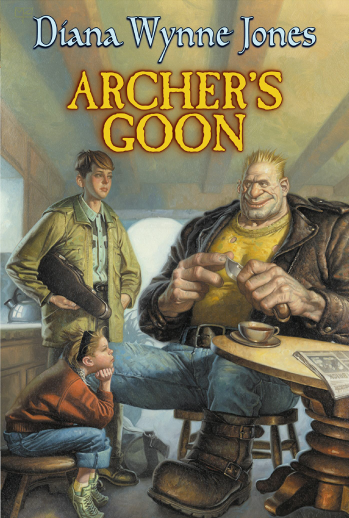 A novel by Diana Wynne Jones. The protagonist's father—an author—is visited by a mysterious figure, apparently sent by someone called Archer, who demands that he write two thousand words of gibberish.

While investigating, Howard and his sister Awful learn that their town is secretly controlled by seven mysterious siblings — Archer, Torquil, Dillian, Hathaway, Shine, Erskine, and Venturus — at least one of whom seems to be thinking in terms of "tomorrow, the world".