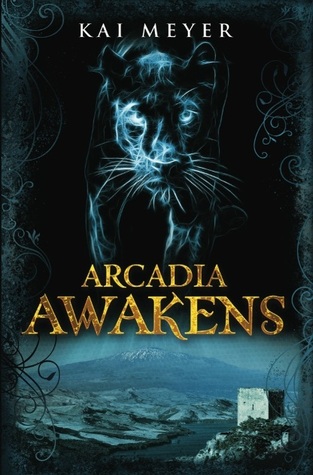 My death waits like
a bible truth
at the funeral of my youth
weep loud for that
and the passing time
— Jacques Brel, My Death
Advertisement:

Seventeen-year-old Rosa Alcantara, daughter of an influential but dead Mafia capo, flees her shattered home life with her mother and dark past in Brooklyn by flying to her father's family in Italy. Sicily, it seems, is the perfect place for a new start: She lives in a big mansion with no one but her sister Zoe and her aunt Florinda, the half-empty Sicilian landscape is eerily beautiful, the laws are hardly ever enforced.

On her flight, she meets Alessandro Carnevare, a handsome stranger about her age, with whom she reunites at his father's funeral - who was a capo, too. The Carnevares and the Alcantaras have been enemies for decades, though, and no one approves of the contact. Rosa starts spending time with Alessandro, at first because she enjoys the risks that come with it, later because they form a bond of shared secrets - the most major of which is that both families are shapeshifters descended from Lykaon, the late king of Arcadia: While the Alcantaras, at least their women, transform into giant snakes, the Carnevares shift into big cats.

But instead of their fire-forged friendship forming into a tender romance in the peace of reunion, Rosa and Alessandro have the world against them. Not only do their families more and more disapprove of their relationship, but Alessandro has to keep his clan from killing him, Rosa has to fight personal demons and find her place in life, a mysterios organisation kidnaps and tortures Arcadians, a secret that could change everyones lives lies at the bottom of the sea, and everyone lives in fear of the mysterious "Hungry Man", who is rumored to be Lykaon himself...

The YA series Arcadia by German author Kai Meyer consists of three books:

Has nothing to do with the play Arcadia, the book Old Arcadia or even the trope Arcadia.

The Arcadia trilogy contains examples of: