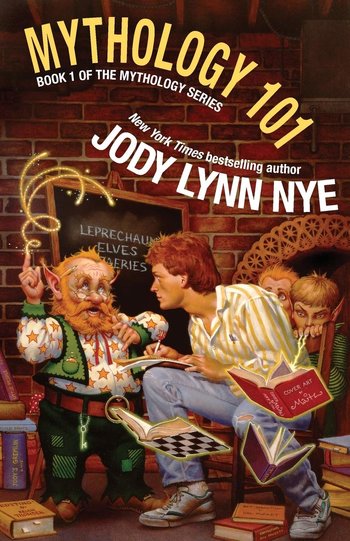 Keith Doyle is a business major at Midwestern University, who leads a totally ordinary life. He fervently believes in the tales of his Irish ancestors, and tangentially everyone else's fairy tales as well, but he's never found anything to back his belief up, and his friends think he's crazy. Keith is active in student government, and to frustrate a rival he has taken the position that the Gillington Library should be torn down and modernized.

Keith's crush, Marcy, reveals to him that she is part of a very exclusive study group that meets in the library basement, and when he joins he finds that half the class, and the teacher, are Little People straight out of his favorite legends. They've lived for decades in a hidden village in a forgotten library subbasement, but now their home is in danger, primarily from the machinations of one Keith Doyle. Worse, articles about them have been appearing in local tabloids, and there's evidence that someone has been trying to get through their hidden entrance.

Keith has to scramble to make amends for the harm he's done, prove his innocence on the harm he hasn't, and help his new friends find a new home, somewhere safe.