Literature / And to Think That I Saw It on Mulberry Street 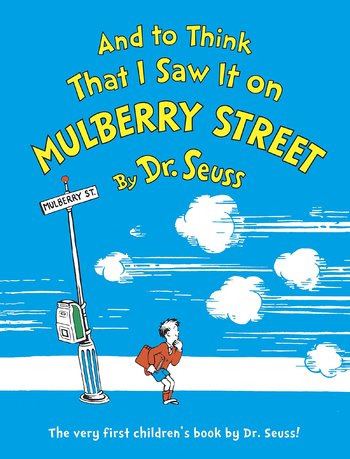 And to Think That I Saw It on Mulberry Street is a 1937 picture book by Dr. Seuss. The book marked the author's debut into children's literature and set the stage for many beloved works to follow.

Marco, an imaginative schoolboy on his way home, turns a horse and cart into a marvelous story.

You can listen to an 1941 radio version