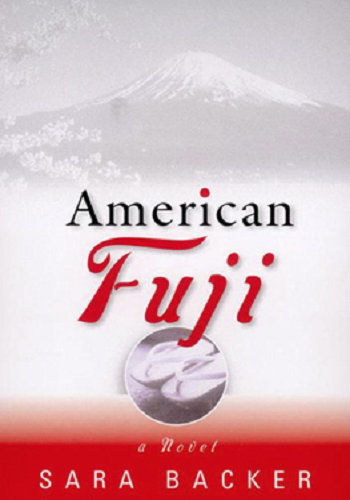 American Fuji is a novel by Sara Backer, very loosely based on her experiences as a visiting professor of English at Shizuoka University in Japan.
Advertisement:

Alex Thorn is a man on a quest. His son Cody, a foreign exchange student, died in Japan a year ago, and he has no idea how or why, only that Cody's heart was removed post-mortem. His only lead is a bill, ostensibly from the Gone With the Wind funeral parlor, which leads him to Gaby Staunton, the company's sole American employee. Gaby is a former English professor, and has her own quest - to learn why she was fired a year ago. But first she is forced to play host to Alex, as her employer hopes she can convince him that the company had nothing to do with Cody's death. As she and Alex are drawn closer together, she soon starts to question whether her boss is really innocent.