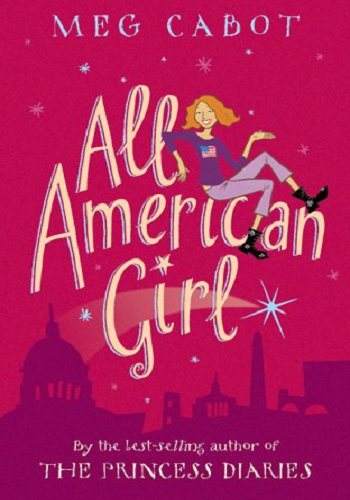 A 2002 Young Adult novel by Meg Cabot and its 2005 sequel, Ready or Not.
Advertisement:

Samantha Madison is just your average disenfranchised sophomore gal living in D.C. when, in an idle moment sandwiched between cookie-buying and CD-perusing, she puts a stop to an attempt on the life of the president. Before she can say "MTV2" she’s appointed Teen Ambassador to the U.N. and has caught the eye of the very cute First Son, David.

The sequel has no relation to the Ready or Not (2019) film, the Canadian TV series from the 90s, or the upcoming video game about a SWAT Team.

Tropes in the All-American Girl Series include:

Alternative Title(s): Ready Or Not