Literature / Agatha H. and the Voice of the Castle 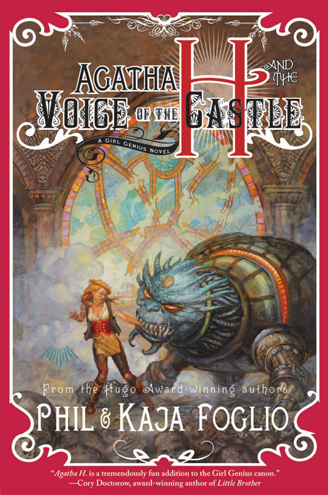 The Castle greeting Agatha
The third novelization of Girl Genius, beginning just as Agatha, Zeetha, Wooster, and Krosp reach Mechanicsburg. It covers the first half (volumes 7-9 and half of volume 10) of the third Story Arc.
Advertisement: