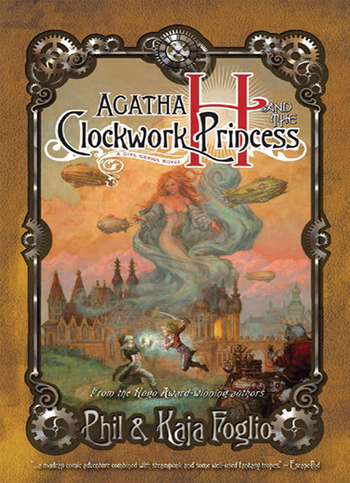 A novelization of the second major Story Arc (volumes 4-6) of the award-winning webcomic series Girl Genius. It follows the webcomic very closely, often having a distinct 1:1 mapping between panel and paragraph, but it does have a few interesting departures, omissions, and expansions.
Advertisement: