Literature / A Wind in the Door 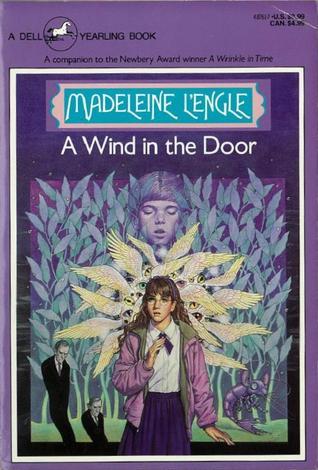 A Wind In The Door by Madeleine L'Engle is the direct sequel to A Wrinkle in Time. Now in school, Charles Wallace has to deal with bullying, in which the school principal, Mr. Jenkins, refuses to intervene. He also suffers from a strange illness that affects the "farandolae" living in his mitochondria, or so Mrs. Murry believes. Charles Wallace's claim of seeing dragons in the garden doesn't help Meg's worries either.

However, it turns out that he is right—sort of. The "dragons" are in fact the cherubim Proginoskes, or "Progo" for short. Meg and Calvin also encounter Blajeny, a "Teacher" who informs them of the Echthroi, beings that seek to destroy the entire universe. The Echthroi are in the process of destroying Charles Wallace's farandolae. Meg, Calvin, Progo, and a disbelieving Mr. Jenkins are sent on a mission to combat the Echthroi and save Charles Wallace's life.