Literature / A Visit from the Goon Squad 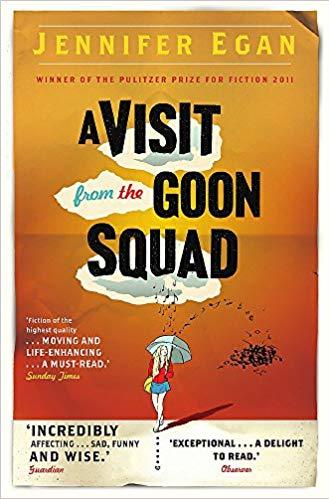 Time's a goon, right? Isn't that the expression?
Advertisement:

A Visit from the Goon Squad is a bestselling 2010 novel by Jennifer Egan.

It is a loose collection of short stories, mostly revolving around an aging rock music executive named Bennie and his kleptomaniac assistant, Sasha. Each chapter is told from a different viewpoint, revealing the past and future of Bennie and Sasha as well as the various people in their lives, nearly all of whom work in the music industry. A scrambled timeline follows Bennie and Sasha and the people they know through a good forty years, from the early 1980s until some time in the 2020s.