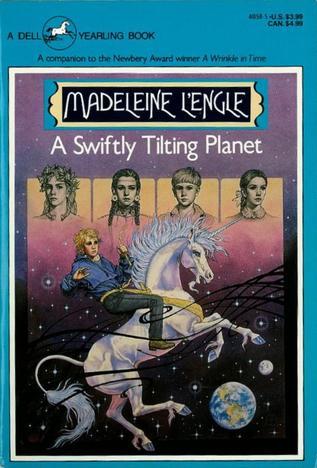 The third book in Madeleine L'Engle's Time Quintet series to be published, but chronologically the fourth. The Murry family, with Meg now married to Calvin and the twins in college, has reunited for Thanksgiving when Mr. Murry is informed by the President himself that they now have twenty-four hours to avert nuclear war.

Reciting a rune bestowed upon him by his in-law Mrs. O'Keefe, Charles Wallace summons the winged unicorn Gaudior, who takes him on a journey through time to seemingly random events, all connected by location and the name "Maddox". Their mission is to change several important "might-have-beens" to avert disaster in the present. The Echthroi, evil beings introduced in A Wind in the Door, beset them at every turn.

Preceded by A Wind in the Door. Followed by Many Waters