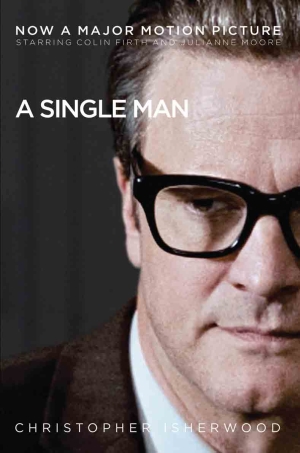 "Just get through the goddamn day."
— George Falconer
Advertisement:

A Single Man is a 1964 novel written by Christopher Isherwood, who also wrote Goodbye to Berlin, the source material of Cabaret. In 2009, Tom Ford directed and co-wrote the film version, starring Colin Firth and Julianne Moore.

The eponymous single man is George Falconer, a middle-aged British college professor who lives in Los Angeles. His closest friend is Charlotte, and his secret lover is Jim. Then, sometime in early 1962, Jim dies unexpectedly in a car crash. After that, George must re-evaluate his purpose in life as he tries to get through a single day.