Literature / A Net of Dawn and Bones 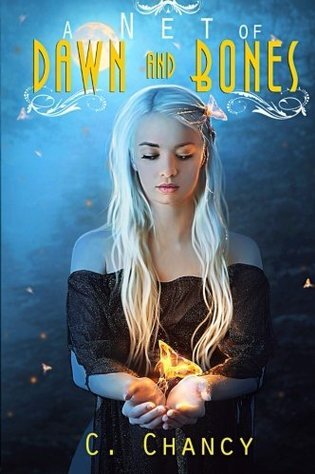 A Net of Dawn and Bones is the first published work of original fiction by C. Chancy (known to the fan fiction community as Vathara).

The honest cops of Intrepid enforce human laws on supernatural evil, and pray. Because the turn of the leaves brings Halloween, tourists... and the return of a serial killer who’s plagued Intrepid for over two decades. Yet the night holds darker secrets than even the best detectives have unearthed. Somewhere in Intrepid, a demonic sorcerer plans to bring Hell on earth. And the Demongate is almost complete.

In the midst of a stakeout gone wrong, two mysterious wanderers drop into Detective Church’s life. Aidan, who moves like flames and holds secrets in his shadows... and Myrrh, a holy warrior born of ancient Alexandria. Enchantress. Heretic. Hell-raider. Welcome to Intrepid. Evil's in for a hell of a night...

A Net of Dawn and Bones and ''Seeds of Blood' provides examples of the following tropes: