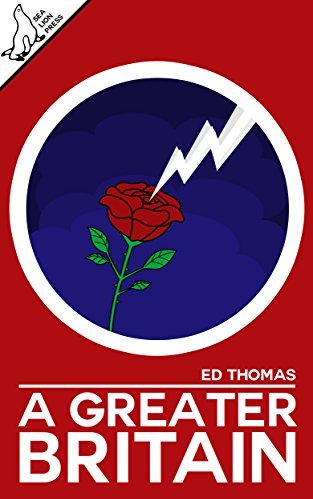 A Greater Britain is an Alternate History timeline by Ed "EdT" Thomas, originally posted on AlternateHistory.com. The original timeline can be found here

, while the updated and revised version can be found here

The timeline is a For Want of a Nail scenario centering on one of the most hated political figures in British history, Oswald Mosley. He is infamous as a fascist who openly supported Nazi Germany in the 1930s. Yet only a few years earlier, Mosley had been a promising and ambitious young Labour MP. In the scenario he is compared to Tony Blair (each chapter is prefaced by a Blair quote) and portrayed as a Labour politician who thought that centrism was the way forward.

A Greater Britain diverges from our timeline when a few votes at a close by-election go the other way and Mosley scrapes into Parliament a little earlier. Consequences and butterflies from this mean Mosley never quixotically abandons Labour to start his dead-end New Party and instead reforms Labour from within, becoming Prime Minister in 1932. His domestic policy such as a House of Lords reform and devolving power in India is explored, but most significant is his foreign policy, as he pursues an alliance with Mussolini's Italy. This means the Rome-Berlin Axis never forms, and when thanks to butterflies Austria contests the Anschluss, Italy and Britain call Hitler's bluff and war begins before Germany is ready...

This timeline was published

This work contains examples of :