Literature / A Girl of the Limberlost 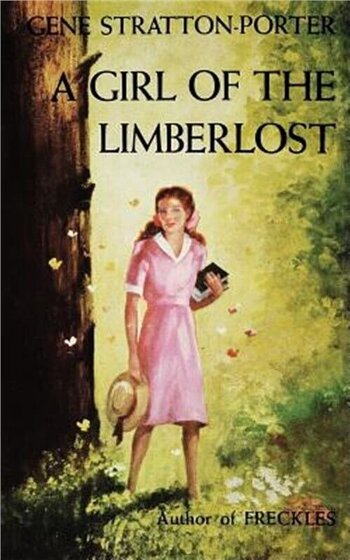 A Girl of the Limberlost is a 1909 novel written by Gene Stratton-Porter, that is a sequel to her earlier book Freckles.

Elnora Comstock is an impoverished girl who resides on the edge of the Limberlost Swamp, near where Freckles once did. She lives only with her neglectful mother who blames her for the death of her father, since she was giving birth to Elnora on the night her father drowned in the swamp and was unable to rescue him as a result. Elnora begins her freshman year of high school, but her first day goes awry when she shows up in her unstylish country clothes and is mocked by the other students. Things take a turn for the worse once she realizes that she can't afford to pay for her books and tuition, and knows that she will receive no help from her mother who wants her to work at home instead.

However, she ends up finding an ad from someone looking and willing to pay for any sort of moth, butterfly, or pupae shell that can be brought to them. Knowing that the swamp is full of these, Elnora meets the owner of the ad, the Bird Woman, who agrees for pay for every insect and artifact that Elnora can find for her.

The book takes places in two halves; with the first following Elnora's high school years and the relationship between her and mother, while the second focuses on her love story. Although it's a follow-up to an earlier book of hers, Girl of the Limberlost is widely considered by fans of Gene Stratton-Porter to be one her best stories.

Can be found online here