Literature / A Big Boy Did It and Ran Away 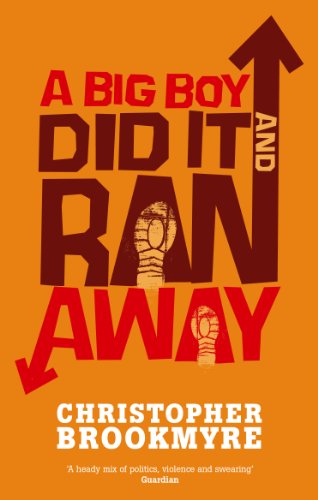 The first novel by Christopher Brookmyre to feature Fair Cop Angelique de Xavia as the heroine, it also suffered from 9/11-related bad timing for its original strapline "Terrorism is the new Rock'n'Roll". Moving on...

Raymond Ash is a thirtysomething former indie musician and game-store entrepreneur, now making a living as an English teacher, a task made no easier by his pupils or the colicky new baby that constantly gets between him, his partner, and sleep. And then one day he sees a face from the past that can't possibly be there. And then plot ensued.

Angelique de Xavia is a short, short-tempered, ethnic minority Glaswegian policewoman who finds herself on the trail of a bigger target than she'd expected - and with about as much backing up and support as you'd expect under her circumstances.

And then it all comes together, and to a head.