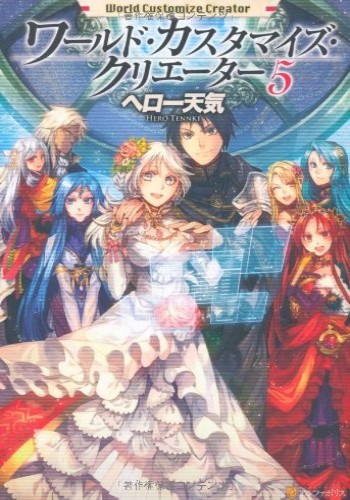 Yusuke Tagami, an ordinary video game lover, finds himself guided by a mysterious compelling voice. It asks him what kind of power he would like, and he answers by saying that he'd like to be able to freely create and customize anything. When he awakens, he realizes that he is no longer in Japan, or even on Earth, but in a fantasy world called Caltsio. More specifically, he emerged from the shrine of the evil god of calamity, whose apostle is said to have black hair and eyes—a description he naturally fits due to his Japanese descent.

Yusuke lucked out, however, as one of the first people he meets in Caltsio is reasonable enough to understand that he is not inherently evil. He's shown around and learns that most people have elemental magic, and that their element can be inferred based upon their hair and eye colors. Yusuke's new friends on Caltsio defend his reputation by stating that as someone with black hair and eyes, he is not the god of calamity, but rather someone who bears all elemental magic, something that's not entirely incorrect. Yusuke's wish to be able to customize and create freely was granted. He can use the earth around him to make a stone tower appear seemingly out of thin air, heal the injured, and is only limited by his imagination.

As a powerful mage, Yusuke now finds himself enthralled in the politics and intrigue of the world of Caltsio and must work in order to survive and protect his new friends.

World Customize Creator is a light novel fantasy series by Hero Tennki which both the novels and manga are published by Alphapolis.