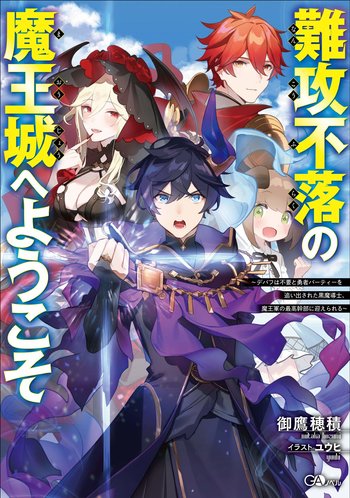 The world is at peace. While demons were once at war with humans, nowadays adventurers are entertainers. Monsters and adventurers use avatars in dungeons to fight each other and people are rating the strongest and most entertaining parties. Remmé is a member of the fourth-highest ranked party. However, his party members feel like they can't rise higher in the ranks because they don't think Remmé, a black mage who generally specializes in applying Status Ailments, is contributing much. Since parties are limited to five members, Remmé's party members suggest to replace him with someone else. Despite the protests of their party leader and Remmé's best friend, Phoenix, Remmé gives in to the pressure and leaves the party.

Now without a job, Remmé tries looking for another party, but no one is interested in a black mage, until a woman approaches him and invites him to an interview. Remmé quickly finds out that he was invited to the impregnable Demon King Castle, the dungeon his former party has recently started to explore which no one has ever conquered. The woman who invited him is one of the dungeon's four demon generals. When Remmé is introduced to the demon queen, Lucy, she realizes that Remmé must have been trained by her grandfather, a former demon king. She then makes Remmé her chief of staff and dubs him Lemegoton, to fend off any heroes who try to invade her dungeon.

In 2020, it received a manga adaptation by Jeiichi Kaidou in Square Enix's Manga Up!.