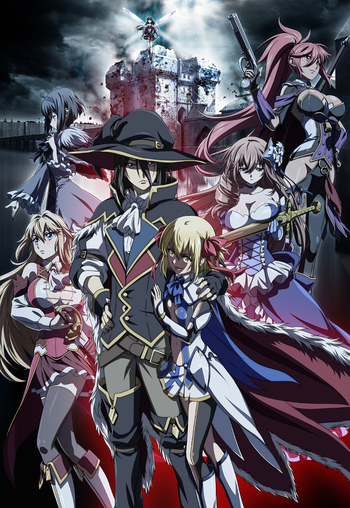 Ulysses: Jeanne d'Arc and the Alchemist Knights is a light novel written by Mikage Kasuga and illustrated by Tomari Meron. It was published by Shueisha under their Dash X Bunko imprint from 2015 to 2018, with a total of seven volumes (six volumes covering the main story, plus one that acts as a prequel).

The story is set in the 15th century, during the Hundred Years' War between France and England over the succession to the French throne. Montmorency, the son of a noble, immerses himself in the studies of magic and alchemy at a royal knight training school. However, following France's crushing defeat at Agincourt, the school is dissolved. Having lost everything and now a wanted man, Montmorency, who had just become an alchemist, encounters a mysterious village girl named Jeanne.

From the author of The Ambition of Oda Nobuna. An anime adaptation started airing in October 7, 2018. It was Unshō Ishizuka's final anime role before his death in August 2018.

Ulysses: Jeanne d'Arc and the Alchemist Knights provides examples of: