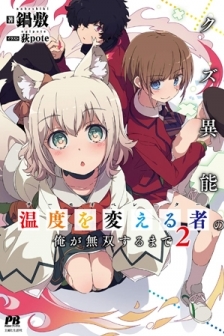 People with supernatural powers called Talent suddenly appeared in the world.
Due to their appearance, the world's power balance was rearranged, and it caused disputes in various places, including large countries.
Later on, the blood-stained battle which continued for 10 years called the World Talent Great War causing the world population to decrease to 20%, and due to a certain happening, it came to an end.
The 9 people… The greatest talent users called as Level 5 who reigned the world, signed a pact and segmented the world into 9 sections called Site.
Those administrators ruled in the way they are not revealed to the public and decided that they would let the unit called countries continue to be used for form's sake.
And the world map was redrawn due to the terrain changes and also the international treaty.
The war ends, and people start to regain their daily lives.
Finally, a peaceful era came……
…… Everyone thought so.
This is a story 10 years after the world war.
Of a boy who lives in Japan governed by the Emperor……
A story of the momentary peaceful era and the dispute of end of the era.