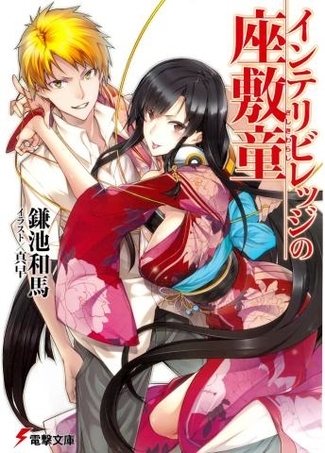 20 Minutes into the Future, to compete with cheap products from other countries, Japan created Intellectual Villages. Taking old fashioned rural villages and recreating them with cutting edge technology, the nation fostered designer and brand name products made with high tech tools and traditional methods. The program is a complete success, and now a third of the country resembles the rural Japan of the pre-industrial era. As an unintended side effect, the youkai of Japanese folklore have emerged from seclusion, resettling in the Intellectual Villages or wandering through them as their natures dictate.

Shinobu Jinnai is a student in one such village, and has a Zashiki-warashi living in his house. His tendency to attract youkai is getting him involved with the Packages—criminal operations that make use of a youkai's supernatural powers—that are on the rise in his sleepy country town. Uchimaku Hayabusa is Shinobu's police detective uncle living in Tokyo, who winds up investigating crimes involving youkai while dodging the affections of Hishigami Enbi. Hishigami Mai is a supernaturally empowered mercenary for hire, whose biggest client wants her to investigate organized criminal (and international) interest in Packages across several major cities and the Intellectual Villages.

Needless to say, the incidents are all connected, and building up to something bigger than anyone has yet realized.

Another light novel series by Kazuma Kamachi, author of A Certain Magical Index. It is complete at nine volumes, though Kamachi has released a series of small bonus stories on his official website