Light Novel / The World of Otome Games is Tough for Mobs 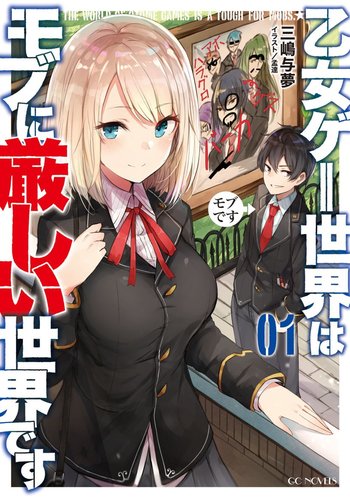 Volume 1 cover
The World Of Otome Games Is Tough For Mobs is an Isekai light novel that follows a Japanese man who died of exhaustion after being blackmailed into play an Otome Game for 2 days straight by his bratty little sister. Reborn as Leon Fou Baltfalt, a Non-Player Character (or Mob) from a low-ranking noble family, he regains his memories at age five and decides to live a simple life away from the game. Eventually, he gets forced to attend a prestigious academy, befriend the otome game's protagonist, Olivia, and one of the early antagonists, Angelica Redgrave, and gets sick of the twisted morals of the society. Despite his best efforts to run away from it, he eventually decides to fight back against it.
Unmarked spoilers below