Light Novel / The Tailor Of Enbizaka 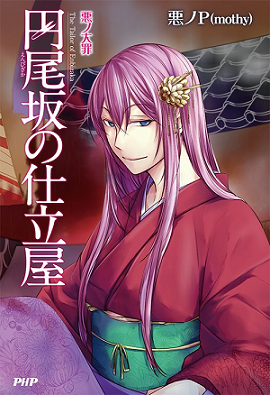 The more you sharpen, the better they cut.
Advertisement:

Based on the song of the same name, the novel centers around the crimes of Kayo Sudou in the Enbizaka. Prompted by "Elluka", a being that resides in the Envy scissors (who is not the Demon of Envy) relates the tale of the sad seamstress, who had lost her family to a fire before she went mad and killed a family of four. After spending the majority of the novel on these tales, the narration then shifts to analyzing the story from the perspective of some of its players, such as Kokutan-douji, the strange boy who feels he must go to Onigashima because there's something he needs to do there, and Gakusha, the burned monk who has lost all of his memories from trauma and visits Kayo's head after her execution.

The novel is located in the island of Onigashima and taking place in the Evillious equivalent of the late Edo period in Jakoku, even featuring a Commodore Perry character on the horizon. It's preceded by Fifth Pierrot.

(entirely in Japanese), and can be purchased on Amazon.

The Tailor of Enbizaka provides examples of: