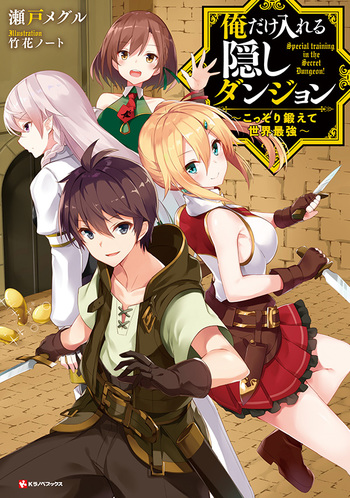 Noir Stargazer, son of a "beggar noble", is down on his luck after his application to become a librarian is rejected when a higher noble swiped the position for himself. Left with little recourse, he has no choice but apply to be a mere adventurer. Fortunately, in a world where every human being is gifted with unique skills, he uses his ability to mentally consult the Great Sage to help him advance up the ranks of society.

One day, the Sage directs Noir to a hidden dungeon which so happens to be the abode of Olivia Servant, a legendary heroine imprisoned and slumbering within its depths for centuries. While he cannot free her, Olivia telepathically bestows upon him her signature skills, which allow him to create, edit and bestow skills of his own, at the cost of his own life force. This amount can be replenished by satisfying desires, be it indulging in a hearty meal, attaining great wealth... or making out with pretty girls, such as Emma Brightness, his childhood friend, Lola Meltrose, a receptionist at the local adventurers' guild, and Luna Heela, an elven priestess.

The Hidden Dungeon Only I Can Enter ~Secretly Becoming World Strongest~ (俺だけ入れる隠しダンジョン 〜こっそり鍛えて世界最強〜, Ore Dake Haireru Kakushi Dungeon ~Kossori Kitaete Sekai Saikyō~) is an ongoing 2017 web novel series written by Meguru Seto, published on the Shōsetsuka ni Narō site, with a near-concurrent light novel version illustrated by Note Takehana and published by Kodansha under its Lanove Books imprint. It has also received a manga adaptation illustrated by Tomoyuki Hino and also published by Kodansha under its Suiyōbi no Sirius imprint, as well as an anime adaptation directed by Kenta Ōnishi for Okuruto Noboru studio which started airing on January 9, 2021.

Alternative Title(s): The Hidden Dungeon Only I Could Enter