Light Novel / The Good Witch of the West 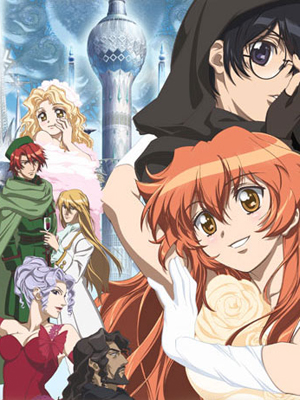 The Good Witch of the West (Nishi no Yoki Majo) is an eight book series of fantasy light novels by Noriko Ogiwara. The series has been adapted into both a manga series and a thirteen episode television anime series broadcast in Japan in 2006. The story revolves around a fifteen-year-old commoner who discovers that she is really a princess.

The usual Rags to Royalty story where it's discussed that Firiel Dee is the daughter of a princess who ran away to get married and hence is one of the few who can take the throne. Her childhood friend Roux is there to help protect her all the way and includes a strong cast from the royal side.

Unfortunately only the first two novels of the series have been translated officially to English. And considering how the series was finished in 2003 and the closure of Tokyopop it may never happen. The ongoing manga on the other hand went to book six before the translation ended... that series only ran until the eighth volume when it stopped. Fan translations have yet to pick up this series.

Not to be confused with anything related to Land of Oz and the Wicked Witch of the West.

Alternative Title(s): The Good Witch Of The West