Light Novel / The Bride of Adarshan 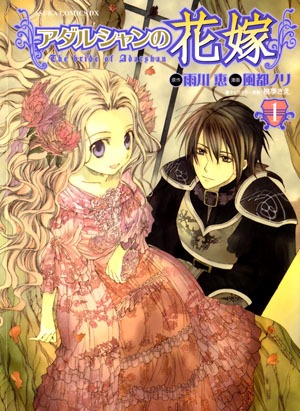 Imperial Calendar Year 503. A remote country made up of nomadic tribes, known as the Kingdom of Adarshan, defeats the Castorian Empire in a battle that shocks the continent, led by Adarshan's prince and Black Demon, Alexid Deke Adars. As arranged by his brother, the king, Adarshan will return the land it took from Castoria if Castoria marries its sixth princess to (the less than enthusiastic) Alexid.
Advertisement:

The Bride of Adarshan (Adarshan no Hanayome) is a Shoujo Light Novel series written by Amekawa Kei, adapted into a Manga series. Despite what the premise might suggest, the series focuses on Alexid's struggles as the prince of Adarshan, with his (primarily platonic) relationship with his arranged wife giving him the support and healing he needs to pull through the political issues that he must face.

Alternative Title(s): The Bride Of Adarshan