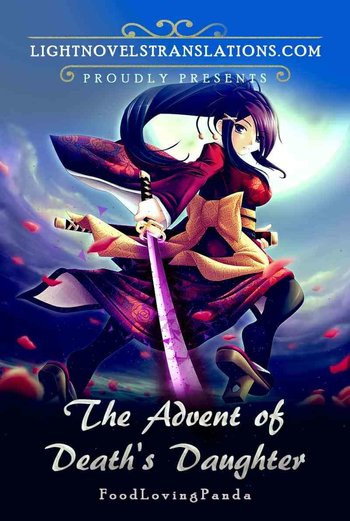 (Drunk) Behold, the Queen! Bow before the Calamity of Crown Coliseum!

Medea Naoko died in a traffic accident, along with her best friend, Hiiro, while trying to rescue a small child from being run over by a truck. Moments later, both of them appear in the afterlife with a woman that looks like an adult version of said child. The woman reveals herself a goddess and stated she sought out Hiiro, but dragged in Naoko by mistake. Extremely vain and haughty, the goddess chooses Hiiro as her champion and dumps Naoko onto the other 11 gods of the new world, Dorne, but the rest are just as vain and don't want her either. Stuck between the afterlife and Cessation of Existence for a month, she causes a bottle-neck and so the overgod of the world Thanatos snatches her up and makes her his champion, but being lazy and shameless, dumps her in the middle of a forest without explaining anything she really needs to know about Dorne before she gets there...